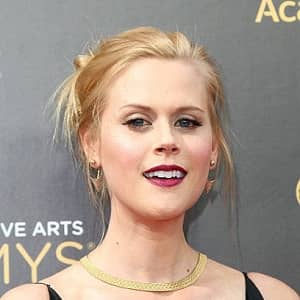 Janet Varney is a popular American actress and comedian. The actress is best known for voicing Korra in the Nickelodeon series The Legend of Korra. Besides this, her other popular works include Stan against evil and You’re the Worst.

When was Janet Varney born?

Janet Varney; full name Janet Maureen Varney was born on the 16th of February, 1976 in Tucson, Arizona, United States. As of 2020 her age is 44. Her nationality is American and her ethnicity is Caucasian. Also, it should be noted that she is of English and Scottish descent.

Varney has not revealed even the names of her parents or possible siblings. She has kept these details private and as of little information is available on her upbringing. With this said, we do know that she was raised as a Mormon but later left the church at 17.

She graduated high school from Rincon High School before joining the San Francisco State University where she majored in theater. She even pursued interior design as a career for a while before coming back to acting.

How did Janet Varney build her career?

Janet had an interest in acting from when she was young. Even though she went towards interior designing for a while she eventually came back to acting. Her first major role in TV was as the host of TBS’s Dinner & a Movie. She came in after replacing the previous host and was a part of the show for many years until its cancellation in 2011.

After this, she appeared on HBO’s Entourage and starred in the short-lived Fox comedy, Happy hour. She also starred in a handful of movies such as Drillbit Taylor, Not Bummer Summer, etc. Eventually, in 2012 she was cast as the voice actress of Korra in Nickelodeon’s animated series, The Legend of Korra. Many fans still recognize her as the voice of Korra above all else. After voicing Korra, Varney has appeared as Becca on You’re the Worst and in a handful of other projects.

Janet’s accomplishments in the field of comedy are also noteworthy, to say the least. First and foremost she is a popular and entertaining comedian with a large number of fans. Aside from that, she is also the co-founder, creative director, and producer of the popular SF Sketchfest, the San Francisco Comedy Festival. She also hosts a podcast by the name of JV Club.

What is Janet Varney’s Net Worth?

As of 2020, Janet Varney’s net worth has been estimated to be between 1 and 5 million U.S. dollars. All of this net worth was accumulated through hard work in the fields of acting and comedy. The exact figure for her salary has not been revealed. For reference, an average American actor makes 52k dollars annually.

What are the physical statistics of Janet Varney?

Janet stands at a height of 5 feet 9 and a half inches. She is blessed with blonde hair and grey eyes. Other statistics such as her weight and other measurements have been kept private by her.

Who is Janet Varney dating?

At the moment Janet Varney is most likely single and not dating anyone. She has kept most details of her love life private. Even so, we know that she was in a long term relationship with fellow comedian Chris Hardwick from 2004 to 2011.

Our contents are created by fans, if you have any problems of Janet Varney Net Worth, Salary, Relationship Status, Married Date, Age, Height, Ethnicity, Nationality, Weight, mail us at [email protected] 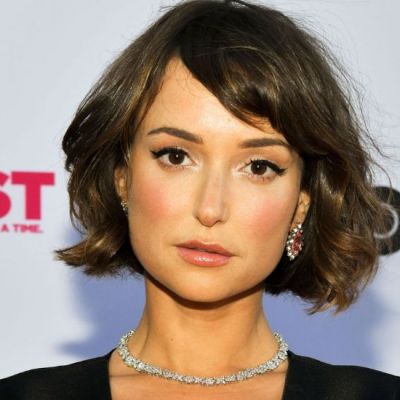