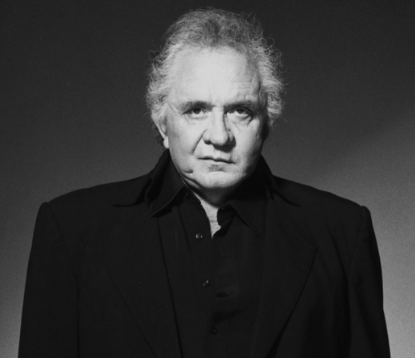 Success is having to worry about every damn thing in the world, except money

What is Johnny Cash known for?

Where is Johnny Cash born?

Back to his early childhood, Jonny Cash was born as J.R. Cash in Kingsland, Arkansas, U.S. He was born as one of the seven children to Ray Cash and Carrie Cloveree. He was of mixed (Scottish and English) race and has American nationality. His birth sign is Pisces.

At the age of 5, he began working with a family in a cotton field while singing along with family members. At the age of 12, he started writing a song and he was taught how to play the guitar by his mother and friend. He was inspired by Dennis Day, whose song he used to hear on the Jack Benny Radio Program.

When did Johnny Cash try his music career?

In the last stage of his career, Johnny Cash covered songs by many late 20th-century rock artists; some of the notable songs among them include “Hurt” by Nine Inch Nails and “Rusty Cage” by Soundgarden.

Awards and Achievements of Johnny Cash

In 1969, he was awarded the Country Music Association Award for ‘Entertainer of the Year’.

He was inducted into the Country Music Hall of Fame and Museum, in 1980.

He received the Academy of Country Music Award for ‘Single of the Year’ for ‘Highwayman’, in 1985.

In 1988, he was presented with the Academy of Achievement Golden Plate Award.

In 1992, he was inducted into the Rock and Roll Hall of Fame.

In 1999, he got the ‘Grammy Lifetime Achievement Award’.

In 2003, he received the Americana Music Association Award for ‘Album of the Year’ for ‘American IV: The Man Comes Around’.

In 2011, he was inducted into the Gospel Music Hall of Fame, posthumously.

To whom Johnny Cash married?

Reflecting his personal life, Johnny Cash had been married twice in his lifetime. Previously, he married Vivian Liberto. They first met at a roller skating rink in San Antonia and began date before he was deployed to Germany when he was in military service. They used to be in touch via letters and during that period they have exchanged more than a hundred letters. The couple married on August 7, 1954, at St. Ann’s Roman Catholic Church. They were blessed with four daughters, Rosanne, Kathy, Cindy, and Tara. Owing to his addiction to drugs and alcohol as well as his frequent touring and affairs with other women their married life came to end. They got divorced in 1966. He was also romantically involved with Billie Jean Jones.

Then he married June Carter on 1st March 1968 in Franklin, Kentucky. The couple met on a tour and they both became infatuated seeing each other. After 13 years Cash proposed Carter during a live performance in London, Ontario. They were blessed with one son, John Carter Cash on 3rd March 1970. After the death of his wife June Carter on 15 May 2003, Cash also died four months later due to Diabetes Mellitus.

How much is Johnny Cash’s net worth?

How tall is Johnny Cash?

Before his death, Johnny stands a height of 6 feet 2 inches and weighs around 86 kg. His other body information was not disclosed yet. In the case of disclosure, we will let you know.

When did Johnny Cash Die?

In the late 1990s, Johnny Cash’s health began to deteriorate. He has diagnosed with the neurodegenerative disease autonomic neuropathy and was hospitalized for pneumonia in 1998. but he continued to make music with the release in 2002; American IV: The Man Comes Around. The next year, his health kept declining, but things got worse when his longtime lover June died in 2003. johnny cash eventually died on the 12th day of September 2003, at the age of 71, just a week after his American V release.

Our contents are created by fans, if you have any problems of Johnny Cash Net Worth, Salary, Relationship Status, Married Date, Age, Height, Ethnicity, Nationality, Weight, mail us at [email protected]