Jon Rahm is a famous Spanish professional golfer who was the number one golf player in the World Amateur Golf Ranking for more than 60 weeks. H 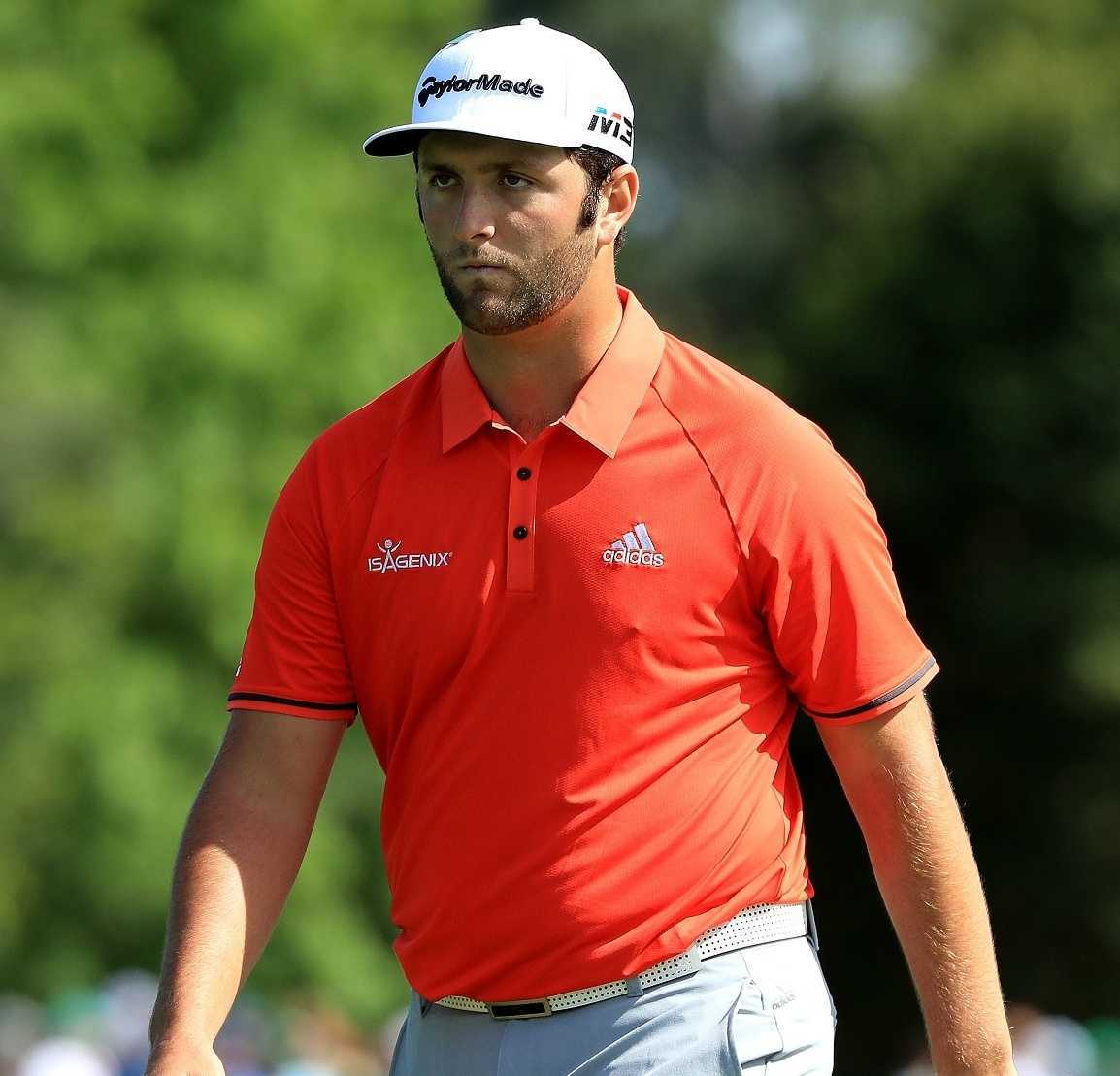 Jon Rahm is a famous Spanish professional golfer who was the number one golf player in the World Amateur Golf Ranking for more than 60 weeks. He has also played as an amateur in the 2016 US. He was ranked 766 in the Official World Golf Ranking.

What is Jon Rahm famous for?

-Famous as a talented and skillful Spanish golf player.

When was Jon Rahm born?

Jon Rahm was born on 10th November 1994 in Barrika, Basque Country, Spain. His birth name is Jon Rahm Rodriguez. Spanish is his nationality. He has a mixed ethnicity. Scorpio is his zodiac sign.

He was born to Edorta Rahm(father) and Angela Rodriguez(mother). He has one elder brother, Eric Rahm.

He was raised in his hometown, Barrika, Basque Country along with his brother. He was interested in golf, since his childhood. His father motivated him to play golf.

He attended Arizona State University and he started playing college golf for the Arizona State Sun Devils and won 11 college tournaments. He also became the first golfer to win Ben Hogan Award two times in 2015 and 2016.

-Jon Rahm finished fifth as a junior in the 2015 Pheonix Open. He became the No. 1 ranked golf player in the World Amateur Golf Ranking for 60 weeks.

-He was the low amateur at the 2016 US Open finishing in 23rd place. After the end of the 2016 US, he turned professional in golf.

-His first event as a professional was at the Quickens Loans National in which he earned third place. The third place in that event was enough to gain him entry into the US Open.

-He finished as a runner-up in the RBC Canadian Open which was sufficient for him as a non-member to earn a PGA Tour Card for the year 2017.

-He started 2017 with his first PGA Tour title “Farmers Insurance Open Title” which made his Official World Golf Ranking ascend from 137 to 46.

The title also helped him to enter the Major championships such as US Masters, PGA Championship, and World Golf Championship.

-He finished the World Golf Championship two strokes short of the winner Dustin Johnson. In his second WGC event, he once again fell behind Dustin Johnson, this time is final.

After this event, he climbed to #14 in the World Ranking. He secured 27th place in his first Masters and 4th Place in the Wells Fargo Championship.

-In the same year 2017, he got his 1st European tour Victory by winning Dubai Duty Irish Open and earned the European Tour Rookie of the Year.

-In the year 2018, he once-again finished as a runner-up in the Sentry Tournament of Champions behind Johnson. He won the Open de Espana on the European tour in April and won a limited-field Hero World Challenge tournament in December.

-He won the Zurich Classic on the PGA Tour with partner Ryan Palmer on 28th April 2019.

Who is Jon Rahm married to?

The Spanish golfer, Jon Rahm isn’t married but he is engaged to his girlfriend, Kelley Cahill. Kelley Cahill is an athlete. They dated each other since December 2015.

They got engaged in 2018. They currently live in Phoenix, Arizona.

What is the net worth of Jon Rahm?

The Spanish golfer, Jon Rahm has an estimated net worth of $3 million in 2019. The golfer earns a handsome amount of money from his profession.

How tall is Jon Rahm?

Our contents are created by fans, if you have any problems of Jon Rahm Net Worth, Salary, Relationship Status, Married Date, Age, Height, Ethnicity, Nationality, Weight, mail us at [email protected]