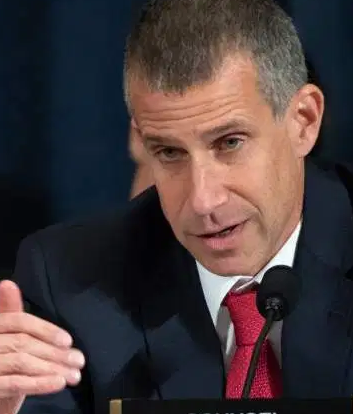 An American trial attorney serving as minority counsel in the impeachment inquiry against Donald Trump is named for Stephen R. Castor. He is shortly named as Steve castor. He has been a congressional staff member in the House Oversight Committee since 2004. Equal to Democratic lawyer Daniel Goldman, he will get at least 45 minutes to question the witnesses during the open hearings which kick off on Wednesday, November 13th, 2019. Overall, he is a very talented person.

The Grocery Bag of Lawyer Steve Castor at the Impeachment Hearing has gotten a lot of attention.

On Monday, the House Judiciary Committee formally heard from Democratic and Republican attorneys laying out their cases for or against hearings that could lead to President Donald Trump’s impeachment on charges of misuse of authority, bribery, and obstruction of justice. When Republican Counsel Steve Castor stepped into the House of Representatives hearing room to testify before the Judiciary Committee for the second time, he brought binders full of documents and materials he would use to support his case. Instead of stuffing them into a box or a briefcase, he stuffed them into a reusable The Fresh Market grocery bag, which caught the attention of the internet. As soon as Castor entered the room, political reporters began sharing photos of the lawyer’s reusable tote. The relatable moment provided a brief moment of laughter for impeachment watchers during an otherwise tense week in Washington, as Democrats brace for a full House vote on articles of impeachment drafted under Speaker Nancy Pelosi’s direction.

What is the Nationality of Steve Castor?

In the year 1972, Steve Castor was born as Stephen R. Castor in the USA. His nationality is American and his ethnicity is White. His religion is Christian. As of 2019, he celebrated his 46th birthday with his friends. About his education, he received his bachelor’s degree in business logistics from Pennsylvania State University in 1995. He received a master of business administration degree from Lehigh University in 1998. He subsequently received his JD degree from George Washington University Law School. At present, there are no details about his parents, siblings and early life but it will be added soon.

How was the Career of Steve Castor?

Steve Castor began his legal career as a commercial litigator at the Philadelphia and Washington, D.C.-based law firm Blank Rome.

He has also worked as a legislative staffer for the House Oversight Committee since 2005.

He has since served as a congressional clerk for seven committee chairmen, four of whom were Republicans.
Representative Jim Jordan, who joined the committee before the start of the impeachment investigation into Donald Trump, was also transferred to the Intelligence Committee.

In early November 2019, he was named as minority counsel in the impeachment investigation, and he began interviewing witnesses on behalf of Republican members of the Intelligence Committee.

Steve Castor’s marital status is unknown yet. More information about his personal life is not known. This information will be updated as soon as it’s available. Moreover, there is no information regarding his children but it will be added soon. At present, he is living a happy life without any disturbances. He is enjoying his life a lot.

What is the Net Worth of Steve Castor?

The net worth of this famous attorney is estimated to have between $10K-$100K. His career as an Attorney is the primary source of his income. His exact salary at present has not been revealed yet but there is no doubt in the mind of his followers that he is earning a considerable amount of salary from his work. Overall, he is satisfied with his earnings.

How tall is Steve Castor?

Steve Castor is amazingly handsome and he has got brilliant looks. He is an attractive and alluring person who looks so charming and beautiful. His smiling face and charming personality have helped him to gain the attention of all the viewers. He works out and eats healthy. He is conscious of his food intake. He maintains his body a lot. His body build is average. His other body details such as height, weight, chest size, biceps size and more will be added soon once we get details about it. Overall, he has a decent height and a unique body figure with a healthy body.

Our contents are created by fans, if you have any problems of Steve Castor Net Worth, Salary, Relationship Status, Married Date, Age, Height, Ethnicity, Nationality, Weight, mail us at [email protected]