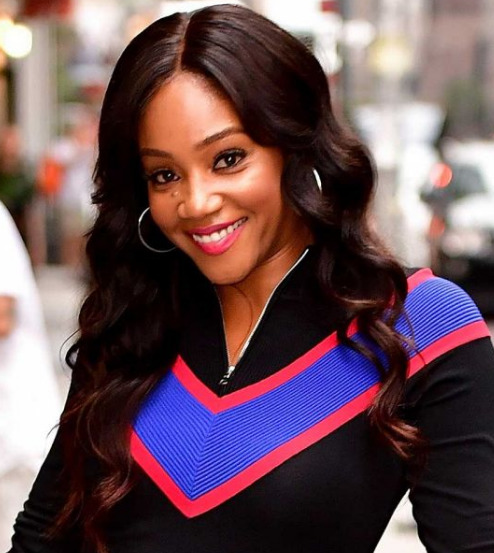 Tiffany Sarac Haddish famed as Tiffany Haddish is an American comedian as well as an actress. She gained prominence as Jackie on the first season of the OWN television drama “If Loving You Is Wrong” from 2014 to 2015 and starred as Nekeisha Williams on the NBC sitcom “The Carmichael Show” from 2015 to 2017. She also appeared in the movie named Keanu, Girls Trip and more. In the present year 2018, her name was included on Time’s annual list of the 100 most influential people in the world.

Tiffany Haddish was born on 3rd December 1979 in Los Angeles, California, U.S. Her birth name is Tiffany Sarac Haddish. Her father name is Tsihaye Reda Haddish and her mother name is Leola. Her father left her mom when she was only three and her mother later remarried and gave birth to four children. She attended George Ellery Hale Middle School in Woodland Hills and graduated from El Camino Real High School.

Net worth of Tiffany

The net worth of Tiffany is estimated to have around $4 Million as of 2018.

Our contents are created by fans, if you have any problems of Tiffany Haddish Net Worth, Salary, Relationship Status, Married Date, Age, Height, Ethnicity, Nationality, Weight, mail us at [email protected]