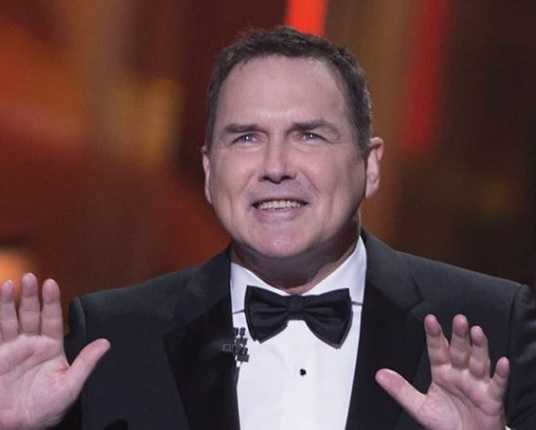 Norman Gene Macdonald, popularly known as Norman Macdonald is a Canadian stand-up comedian, writer, and actor. Macdonald was a cast member on Saturday Night Live, for five seasons. It also included anchoring in Weekend Update for three years. Previously, Macdonald wrote for the sitcom Roseanne. He also made appearances on The Drew Carey Show and NewsRadio. From 1991 to 2001, Macdonald starred in The Norm Show. Paste named him 31 on their The 50 Best Stand-up Comics of All Time.

Macdonald has publicly apologized through his Twitter, “If my words sounded like I was minimizing the pain that their victims feel to this day, I am deeply sorry”. Earlier, he was criticised for his controversial comments about the #MeToo movement in an interview published in The Hollywood Reporter on Tuesday. According to The Hollywood Reporter, Macdonald said he was “happy the #MeToo movement has slowed down a bit.” Macdonald justified his statement on The Howard Stern Show that his comments about the victims were interpreted in a wrong way.
Following his comments, Macdonald’s planned appearance on The Tonight Show Starring Jimmy Fallon was also canceled. Macdonald’s new show, Norm Has a Show is scheduled to premiere on September 14th.

Macdonald was born to a father Percy MacDonald and a mother Ferne Macdonald on October 17, 1959, in Quebec City, Canada. His parents are both teachers. He has a brother, Neil Macdonald. Neil is a journalist with CBC News. Macdonald attended Quebec High School in Quebec and Gloucester High School in Ontario, Canada.

In his earlier days, Macdonald used to perform comedy at stand-up clubs in Ottawa, Canada. Later, he appeared at Just For Laughs Comedy Festivals in Montreal in 1987.

In 1993, Macdonald joined the cast of NBC’s Saturday Night Live (SNL) television program. There, he mainly performed impressions of Burt Reynolds, David Letterman, Larry King, Charles Kuralt, Quentin Tarantino, and Bob Dole. The following year, Macdonald anchored the segment “Weekend Update” during the show’s twentieth season. Colin Jost, current “Weekend Update” anchor and writer, name Macdonald as a primary influence on his own work behind the “Update” desk. He also explained that Macdonald’s tone was one that he grew up with in high school.
Macdonald included references to prison rape, crack whores and the Germans’ love of Baywatch star David Hasselhoff in his version of “Weekend Update”. Macdonald would occasionally deliver a piece of news, then take out his personal compact tape recorder and leave a “note to self” relevant to what he just discussed. Generally, Macdonald used Frank Stallone as a non sequitur punchline. Public figures such as Michael Jackson, O. J. Simpson, Hillary Clinton, and Marion Barry were repeatedly used by Macdonald. Macdonald constantly cornered the former football star, Simpson during his murder trial. Macdonald implied that Simpson was guilty of the brutal slaying of his ex-wife Nicole and her friend Ronald Goldman. After court decided Simpson not guilty, Macdonald publicly stated in his “Weekend Update” opening, ” Well, it is finally official: Murder is legal in the state of California.”
Macdonald made jokes about Michael Jackson and Lisa Marie Presley’s divorce announcement on “Weekend Update”. Macdonald said, “She’s more of a stay-at-home type, and he’s more of a homosexual pedophile.”
Don Ohlmeyer, president of NBC’s West Coast division removed Macdonald as “Weekend Update” anchor. He stated that the program’s rating and quality were in the declining rate. But Macdonalds and others believed that series of jokes made by Macdonald calling O. J. Simpson a murder during and after a trial was the real reason for his dismissal from “Weekend Update”. Another longtime SNL writer Jim Downey was also fired for the same reason. Macdonald was replaced by Colin Quinn at the “Weekend Update”. Macdonald stayed at SNL as a cast member performing regular sketches. Macdonald was fired for his last appearance on SNL following his comments on the sketch.
A few years later, Macdonald convinced himself that Ohlmeyer did not remove him from “Weekend Update” for his jokes about Simpson. He told in an interview that he felt that he was removed because people on the show stopped seeing him funny. he quoted, “I think the whole show was tired of me not taking marching orders. Lorne would hint at things…I’d do Michael Jackson jokes. And Lorne would say, Do you really want a lawsuit from Michael Jackson? And I’d say, ‘Cool! That’d be fuckin’ cool, Michael Jackson suing me!”. In another interview, he also stated, “In all fairness to him, my Update was not an audience-pleasing, warm kind of thing. I did jokes that I knew weren’t going to get bigger reactions. So I saw [Ohlmeyer’s] point. Why would you want some dude who’s not trying to please the audience?”.

Macdonald co-wrote and starred in the “revenge comedy” Dirty Work (1998) soon after leaving SNL.
The same year, Macdonald voiced the character of Lucky the dog in the Eddie Murphy adaptation of Dr. Dolittle. He also reprised the role in Dr. Dolttle 2 (2001) and Dr, Dolittle 3 (2006).
Macdonald also voiced the character of Death on an episode of Family Guy.
Macdonald starred in the sitcom The Norm Show in 1999. It was later renamed Norm. Miller also appeared on several Miller Lite commercials.
Macdonald returned to SNL to host an episode on October 23, 1999.
In 2000, Macdonald starred in a motion picture, Screwed. Macdonalds continued to make appearances on TV shows and films.
In 2003, Macdonald played the title character in the Fox sitcom A Minute With Stan Hooper in six episodes.
Macdonald signed a deal with Comedy Central to create the sketch comedy Back to Norm in 2005. The pilot was never turned into a series. The same year, Macdonald voiced genie named Norm on two episodes of the cartoon series The Fairly OddParents.
In 2006, Macdonald again voiced “frank the Beaver” in a series of commercials for the Canadian cellphone-services provider Bell Mobility. The same year, Macdonald’s sketch album Ridiculous was released by Comedy Central Records featuring Will Ferrell, Jon Lovitz, Tim Meadows, Molly Shannon, and Artie Lange.
Macdonald came 20th place out of 827 entrants in the 2007 World Series of Poker. He won $14,608 in the event.
Macdonald was a celebrity panelist on two episodes of a revised version of the game show Match Game in June 2008. The following month, Macdonald was a participant in the Comedy Central Roast of Bob Saget.
Macdonald played a fiction, down-on-his-luck version of himself on FX’s The Norm Macdonald Reality Show in 2009.
Macdonald frequently appeared as a guest on The Tonight Show with Conal O’Brien during it’s 2009 and 2010 run.
Macdonald’s first stand-up special Me Doing Stand-Up aired on Comedy Central in 2011.
Macdonald became the spokesperson for Safe Auto Insurance Company in June 2012.
Mcdonald premiered his new podcast, Norm Macdonald Live in 2013. It was co-hosted by Adam Eget. Its second season began in May 2014 and the third season began in September 2016.
In 2015, Macdonald also became the judge for the ninth season of NBC’s Last Comic Standing along with Roseanne Barr and Keenan Ivory Wayans.
Macdonald’s book ‘Based on a True Story: a Memoir’ made number 6 on the best sellers list for humor in 2016.
A new talk show entitled Norm Has a Show to be hosted by Macdonald is scheduled to premiere on September 14, 2018.

Macdonald was married to his wife Connie. The couple has a son named Dylan. But their relationship did not last forever. At present, the couple is divorced. Macdonald was addicted to gambling. It started when he won six-figure at a craps table in Atlantic City.

Macdonald is a well-known stand-up comedian. He is also a producer, director, and a writer. He made his fortune by appearing and hosting in various TV shows. He has also written a book that became number 6 best seller book for humor. He also voiced different characters in movies. At present, the net worth of Macdonald is estimated to be morethant $2 million.

Our contents are created by fans, if you have any problems of Norm Macdonald Net Worth, Salary, Relationship Status, Married Date, Age, Height, Ethnicity, Nationality, Weight, mail us at [email protected]